Siracusa, where it all begins in 734 a.c  and today is a World Heritage Site. A trip to the origin of civilization, with the temptation to get lost in myth and as if by magic, everything is at your fingertips: art, history, legends, sea, nature…

Syracuse, city for the rights and duties of human beings.

In 1972 the International Association of Penal Law founded in Syracuse the International Institute of Higher Studies in Criminal Sciences (ISISC), which in 2006 was recognized by the italian Ministry of Foreign Affairs as a non-governmental organization. Since 2017, the Foundation has adopted the new name The Syracuse International Institute for criminal justice and human rights, an ONLUS organization dedicated to training and research in the fields of international criminal justice and human rights. http://www.siracusainstitute.org/portal/ 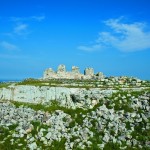 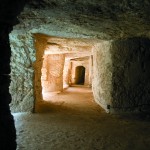 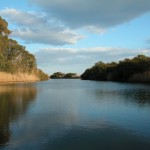 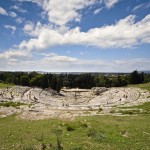 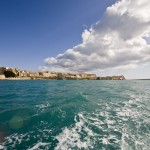 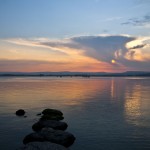 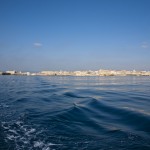 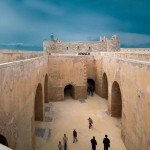 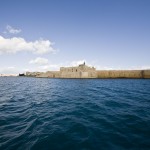 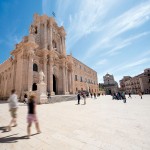 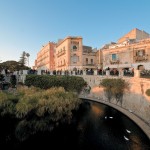 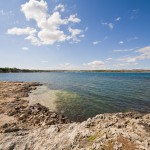 An island lies over against wave-washed Plemyrium,
stretched across a Sicilian bay: named Ortygia by men of old.
Virgil, Aeneid, III 692/5

The Hotel La Rosa sul Mare is situated on the Costa Bianca of Plemmirio in Syracuse, in a strategic place for snorkeling and diving, characterized by clear water The scuba diving enthusiasts will find here the very interesting seabed: the Capo Meli cave, the cave of Plemmirio, La Sirena and Gli Archi with white rock.

The seabed of the place is distinguished by the unique flora and wildlife, thanks to the special natural formations, similar to coral reefs, which favor the proliferation of different species: these platforms, made of cemented shells of mollusks, are features of the Mediterranean enviroment. The rocky coast presents, in some places, beautiful cliffs overlooking the sea. Sea storms of Grecale and Libeccio (winds blowing from the northeast and southwest, respectively) produce a particular hydropneumatic effect that creates spectacular columns of water.
Plemmirio, celebrated since ancient times, is the name given to the promontory and the district that are between Punta della Mola (in the north) and Punta Milocca (in the south). It is the extreme eastern edge of the Maddalena Peninsula, which forms the southern part of Syracuse.

– Capo Murro, which is the tip of the promontory on which stands the eponymous lighthouse. Appreciated by ornithologists and birdwatchers as station sighting, it contains important historical memories: it was here, in fact, that at the end of the thirties of last century, the Army Corps of Engineers built a naval battery of large caliber named Lamba Doria, which was attacked by British special troops on the night of July 10th , 1943. This raid marked the beginning of the Allied landings in Sicily. Underwater exploration: on the southside la Lingua del Gigante and La Parete delle Tre Ancore, on the eastside La Secca del Capo and just in the northpart Le Grotte del Capo, Le Grotte del Formaggio and La Grotta delle Corvine;

– Punta della Mola, which offers a beautiful view on cliffs of Plemmirio on the south, on the promontory of Punta Castelluccio on the west and Ortigia island on the north. Here guard posts used by the soldiers during the Second World War can be seen too.

– Punta Tavola and Punta del Gigante with Cala of Pillirina, located on the northeast side of the peninsula on the coast between Punta Castelluccio north and Capo Murro di Porco south.

The climate is mild throughout the year, ideal during winter, with temperatures generally not below 10 degrees.

The water temperature fluctuates between a minimum of 14 and a maximum of 19 degrees.
The autumn and spring months are a prime time for bird watching.

You can find out more about which cookies we are using or switch them off in settings.

This website uses cookies so that we can provide you with the best user experience possible. Cookie information is stored in your browser and performs functions such as recognising you when you return to our website and helping our team to understand which sections of the website you find most interesting and useful.

Strictly Necessary Cookie should be enabled at all times so that we can save your preferences for cookie settings.

If you disable this cookie, we will not be able to save your preferences. This means that every time you visit this website you will need to enable or disable cookies again.

This website uses Google Analytics to collect anonymous information such as the number of visitors to the site, and the most popular pages.

Please enable Strictly Necessary Cookies first so that we can save your preferences!